Increase your visibility with a broad membership audience across three states.

Out of this World Promotional Opportunities With CAI 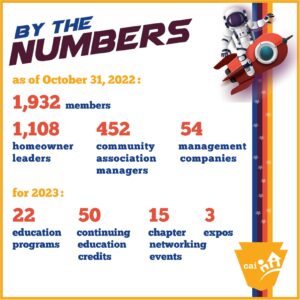 Book a 30 minute virtual meeting to discuss advertising and sponsorship opportunities for 2023! Click here to book a meeting with a member of the chapter staff.

Click Explore Now below for
Advertising & Sponsor Opportunities for 2023 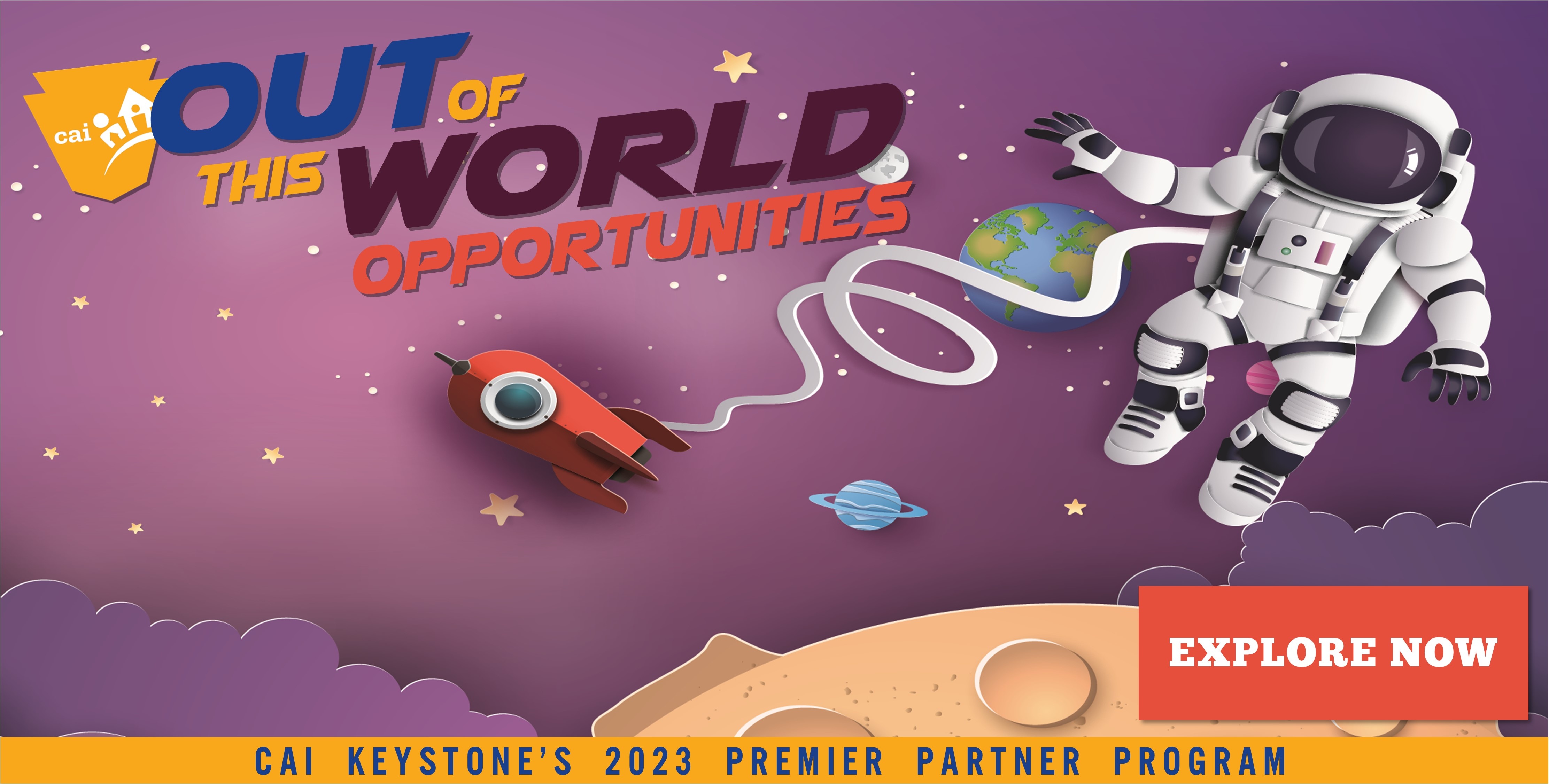 Click Explore Now above for the complete 2023 advertising and sponsorship opportunities, including specific information to help you make your investment decisions, including website traffic, membership information, specific event sponsor benefits, and more. The order form will be enabled on September 12, 2023 according to the schedule above.

Please note – we attempt to keep the advertising and sponsorship pages updated with items marked as sold out but at times there will be sold out items that are not yet marked on the webpages and order form. If you select something that is sold out, staff will work with you to find a suitable alternative.

View the tentative calendar of events for 2023. The calendar for 2023 was updated on October 31, 2022. Please note all dates are tentative until they appear on the chapter website calendar. All dates are subject to change.

For management companies only who want to support the mission of CAI while also receiving promotional benefits of advertising and sponsorship. CAI Keystone offers two pre-built packages for management companies that include homeowner program sponsorship, homeowner email advertising, participation in a Management Company Career Fair during the chapter Annual Conference, and more! Click the Explore Now graphic above for full details and pricing.

Thought Leadership Video – Diamond Partners are invited to have an expert at your organization record a short video, three to four minutes long, on a trending topic with information and advice for members. These videos will be branded by CAI, posted to the chapter website and shared with the membership. Diamond Partners are also encouraged to post the videos to your site and link back to the CAI website.

Digital Ad and Social Media Shout Out – CAI will create a digital ad for Diamond Partners and post it, with a link to your website, in the Member Community and on Social Media.

The above partnership benefits are in addition to the benefits derived from the event sponsorships and advertising each partner selects from the a la carte menu contained in the Premier Partner Sponsorship Prospectus.

The Premier Partner Program is launched in the Fall for the following year, and is the main vehicle for business partners and management companies to advertise in CAI publications and to reach members by sponsoring CAI programs and events. Please be sure to review our chapter policy on Program Sponsors as well as the Terms and Conditions of Sponsorship and Advertising Agreement. Contact Gabby Grimes for more information.

When purchasing sponsorship and / or advertising from CAI Keystone, the purchaser agrees to the following terms and conditions:

OPERATIVE PROVISIONS
1. DEFINITIONS AND INTERPRETATION
“Sponsorship Fee” means the fee set out in the Sponsorship Brochure.

“Advertising Fee” means the fee set out in the Sponsorship Brochure or Advertising Rate Sheet.

“Sponsorship Brochure” means the Sponsorship Package as presented by CAI.

“Advertising Rate Sheet” means the schedule of advertising fees as presented by CAI.

4. COLLECTIONS
4.1 For any invoices that remain unpaid on the due date, a reminder invoice/second notice shall be mailed to the advertiser/sponsor.

4.2 If payment is not received within thirty (30) days after the due date, a finance charge of 1% per month shall be applied to the outstanding balance.

4.3 Any member who is sixty days or more past due on the payment of any financial obligation owed to the Chapter may be deemed a member not in good standing under Article III Section 5 of the chapter’s bylaws and the member’s voting privilege, eligibility for any Chapter awards and participation in Chapter events (which shall include, but is not limited to, committee membership, speaker’s bureau membership, speaking opportunities, sponsorship, advertising, booth selection, membership directory listings or other opportunities offered by the Chapter) may be suspended by the board of directors until payment in full is received by the Chapter.

4.4 The chapter executive director shall review all accounts receivable on a monthly basis and if, after consultation with the executive committee, there are sums which should be referred for collection, the matter shall be placed on the agenda for consideration by the board of directors. All accounts unpaid after ninety (90) days of the due date shall be considered a delinquent account and included in a report to the executive committee. Any attorney fees associated with collection of an unpaid balance, and interest, shall be added to the total amount due.

5.2 The Sponsor will act at all times in a manner which is consistent with the good name, goodwill and reputation of CAI.

5.3 CAI is responsible for administration of the event/activity and coordinating all details in relation to the venue/online space at which such events/activities are held.

5.4 CAI may cancel or postpone any event at its discretion in which case CAI will endeavor to, but not be obligated to, replace the cancelled event or replicate the event in a new format, but no refund will be made.

5.5 The Sponsor must keep confidential and not use for any other purpose other than the performance of this agreement and must not disclose any information provided by CAI to the Sponsor which is identified as, by its nature is or would be reasonably considered as confidential.

6.2 The Sponsor warrants that it has full power and authority to provide its logo or trademark as provided to CAI under this Agreement.

6.3 The Sponsor agrees to indemnify and keep indemnified CAI against any claims, actions, liabilities, losses, demands, suits, proceedings, damages, expenses or costs arising out of or in respect of the proper use by CAI of the Sponsor’s logo or trademark under this Agreement, including but not limited to any claims in respect of any infringement of any third party intellectual property rights.

6.5 Each party agrees not to take any action which may damage the validity or value of the other party’s name, corporate logo or other identifying mark in connection with performance of this agreement.

7.2 If the Sponsor or Advertiser fails to pay the sponsorship or advertising fees, CAI reserves the right to re-direct any payments received for other purposes to the outstanding invoice and to cancel purchased and paid-for items that have yet to be fulfilled by CAI.

7.3 Either party may terminate this Agreement if:
the other party commits a breach of any provision of this Agreement and such breach is not rectified within 7 days after receipt of written notice from the first party requiring the breach to be remedied; one party commits any act or behaves in any manner, which in the reasonable opinion of the other party, brings the first party into disrepute; or one party becomes or threatens to become, or in the reasonable opinion of the other party is in jeopardy of becoming, subject to any form of insolvency administration.

7.4 The Sponsor will not be entitled to any refund of the Sponsorship Fee if the Sponsor terminates this Agreement other than in accordance with clause 7.3. 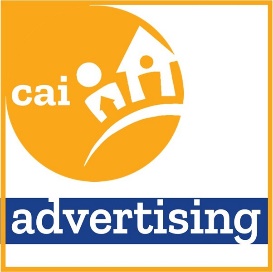 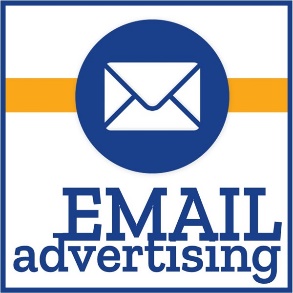 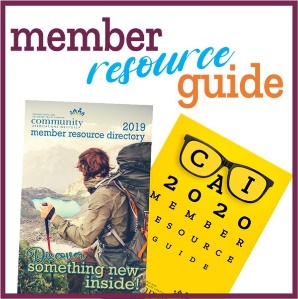 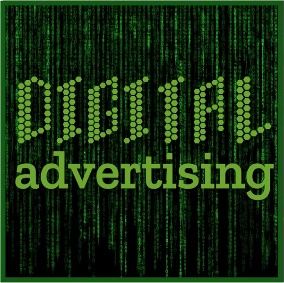 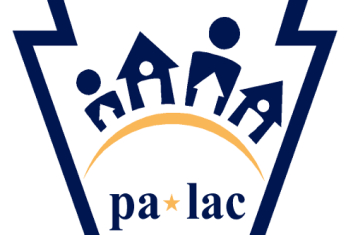 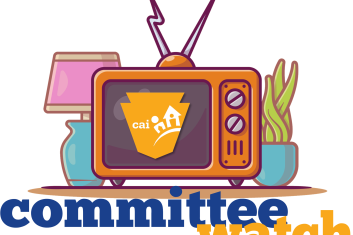 What to Watch: CAI Keystone’s Committees are Totally Binge Worthy